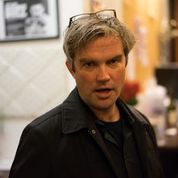 Matthew Quinn – MATTHEW QUINN (Executive Producer / Owner) has been involved in theatre production and venue management for well over 20 years in San Francisco and Los Angeles, where he owns and operates Theatre Asylum-Elephant Space. He created Combined Artform in 1998 to produce full and co-productions, explore multi-media, including live online internet programming and be an active member in the performance community. Stand out productions include Santaland Diaries, now in its 12th year at the Eureka Theatre (SF) , BLINK & You Might Miss Me, Jane Austen Unscripted (w/ImproTheatre), A Tuna Christmas, Pulp Shakespeare, How to Survive a Zombie Apocalypse- US Version and Tilted Frame. He is on the advisory board and active supporter of the Hollywood Fringe Festival and on the NYU West Coast Gallatin Alumni Board. In 2010 he started the Asylum’s Best of the Fringe (Encore Awards) and from it has co-produced extensions of Pulp Shakespeare, Pokemusical and Sunny Afternoon

Steve Kahn – Steve has been the music director for CAFE since 1999, and moved into producing when he founded Off-Market Theaters with Matthew Quinn in 2003. You can find out more about his current musical activities at his homepage,https://www.stevekmusic.us